This project which involved the design and construction of a water transmission line from Collingwood to Alliston was undertaken by the SNC-Lavalin/Condrain Joint Venture. The joint venture was responsible for the design, construction, financing, maintenance and operation of the project, which was comprised of approximately 57 km of 600mm diameter watermain from the Raglan water treatment plant in Collingwood to the Town of New Tecumseth’s Parsons Road reservoir and pumping station facility in Alliston. At Collingwood, three variable speed pumps were installed in the existing wet well of the Raglan water treatment plant, which was the water source for the project. In Alliston, the Parsons Road reservoir was expanded by the extension of the existing pump building to accommodate three additional pumping units that supply water to the Honda plant through a 300mm diameter.

The $27.2 million contract was awarded in November 1998 following submissions from four finalists. The final design allowed for future expansion to accommodate an ultimate capacity of 60,000 cubic meters per day.

This process and obtaining permits from the Department of Fisheries and Oceans, the Canadian Coast Guard, the Ministry of Environment, the Nottawasaga Valley Conservation Authority was a challenging process, but was successfully completed.

Following completion of the project, the owner has expressed complete satisfaction with the design build process and with SNC-Lavalin/Condrain. 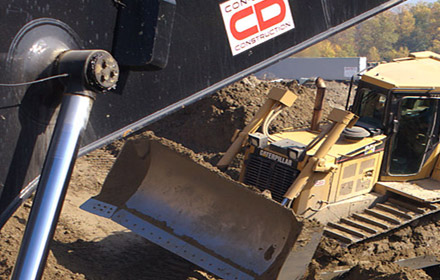